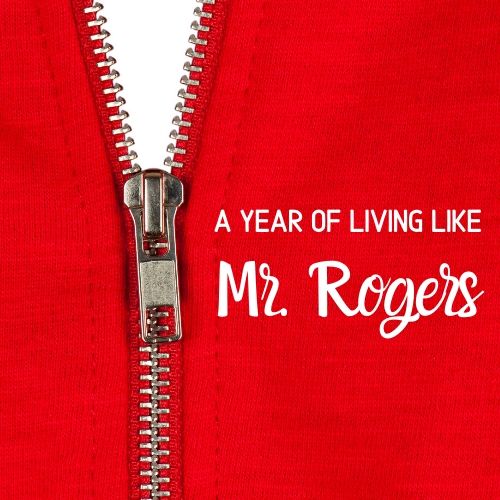 One of the primary reasons I took on this Mr. Rogers project for 2020 was because I wanted to spend the year practicing how to love and appreciate all of my neighbors. We live in a polarized and divisive society and as I contemplated how to navigate those choppy waters I figured Mr. Rogers would be the best example.

However, I got sick this week… my sermon last Sunday even had to be cut short when I lost my voice while preaching. I’ve been home alone, convalescing, and out of contact with pretty much everyone. How do you practice loving your neighbor when you can’t even visit with them?

I decided to stream some old episodes of Mister Rogers’ Neighborhood while I was resting. Very quickly I realized that the shows available are only those that were syndicated nationally through PBS (and it’s predecessor NET). His local shows were not available on any of the services I subscribe to.

Why does this matter?

Mr. Rogers knew that many of the children who tuned in to his local shows would be watching the new national show… and children, creatures of habit, would quickly see the changes in the set and in the Neighborhood of Make Believe.

As I watched the first two episodes I noticed how often, and how gently, he talked about how things are different. A lot of show makers would have just glossed right over it… but Mr. Rogers honored his young viewers sensitivity to change.

He talked about the change to his house setting in tones of excitement. He had a new porch swing and the kitchen was a bit different. He pointed out the things that were the same and were familiar and made us feel at home.

We know, though, that not everyone handles change well.

Preachers often joke about how scary the word “change” is to churches in particular… but the truth is, change can be frightening to anyone. When we feel like we stand to lose something important, we lash out. Some of the greatest conflicts we have witnessed as a country have been the result of the fear of change.

Mr. Rogers didn’t shy away from dealing with the negative reactions to change. King Friday XIII, ruler of the Neighborhood of Make Believe, was outraged by the changes which had happened to his land. He sought to arrest Lady Elaine Fairchilde (who had used her magic to make the changes) to the point of militarizing his own neighborhood. His niece, Lady Aberlin was nearly arrested and then conscripted into his military.

What children were faced with were two reactions to change: in Mr. Rogers’ neighborhood, there was peace, tranquility, and a sense of wonder as the changes were explored. In King Friday XIII’s neighborhood there was fear, anxiety, and apprehension.

These episodes were being broadcast at a time when change and the fear of change was driving a lot of tumult. They hit the airwaves in 1968 when children were hearing their parents talk about the Vietnam War and the protests giving birth to the Flower Child generation. They were also hearing about the Civil Rights movement and the violent backlash protestors were experiencing. They would have heard about African American school children being escorted to class by the National Guard and little girls dying in a church bombing.

Change was happening to our country in 1968… with it came a lot of fear.

In his own gentle way, Mr. Rogers let his young viewers see with their own eyes that change could be something exciting. Change doesn’t mean we have to lose ourselves… it allows us to make ourselves into something bigger and better.

These first two episodes were especially poinant to me as I watch my denomination (The United Methodist Church) struggle with change. In the week leading up to this respiratory infection I had read several articles about proposed options for a church split… many of them, of course, were written by non-Methodist journalists who did not fully understand our complex form of church goverance and were seizing on the sensationalism of one our country’s biggest denominations splitting over LGBTQ+ issues.

As a pastor, I had many conversations in which my role was to comfort… and I had to comfort people on both side of the divide. While I am very liberal and progressive on this issue, I’m aware that many of my parishioners are not. On both sides I was hearing a tremendous amount of fear: Will I lose my church?

I won’t lie… I felt that fear myself.

Thank goodness for an illness that forced me step away and gave me the chance to re-center… because I realized that no matter what may come in a few months when our denominational representatives meet to vote on the proposals on how to respond to change, that I don’t have to live in fear.

I can be a King Friday XIII, throwing up my defenses and looking for someone to blame.

Or, I can be a Mister Rogers, wide-eyed and aware of the changes, but eager to see what exciting new things I can find.

I think I’ll be a Mister Rogers.